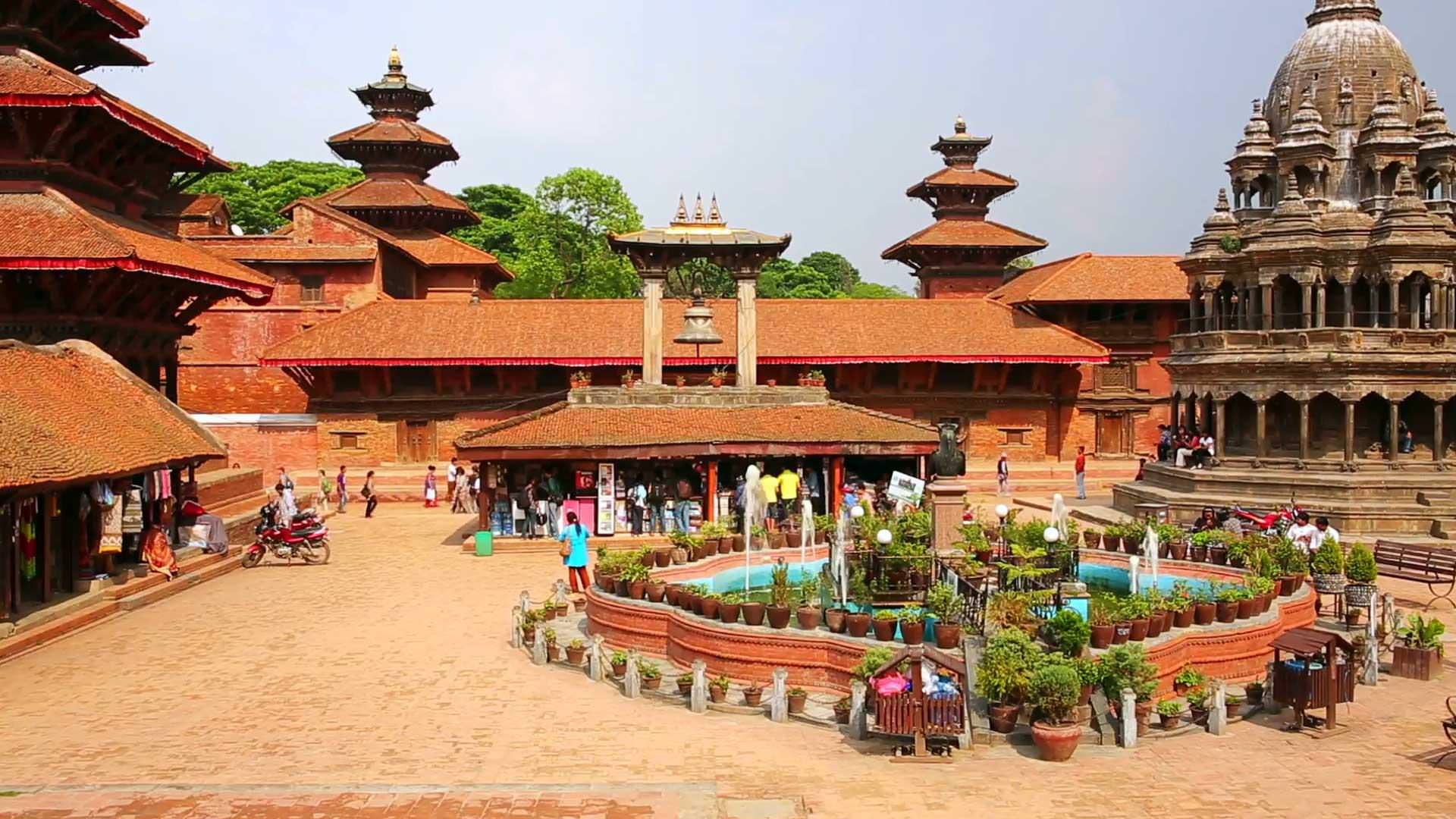 Historic royal palace of Patan expands to magnificent durbar square across Mangalbazar. This concentrated collage of temples is one of the visual delights of Newari architecture in Nepal. Temple construction here in the square went was in peak during the Malla era (14th to 18th centuries), particularly during the reign of King Siddhinarsingh Malla (1619–60). Definitely it is well worth at least a half-day trip to get appreciate the beauty of location.

Reconstruction of temples affected by the 2015 earthquake is on progress, so safety fencing and scaffolding is are obvious here. However, all renovations are well underway and the Royal Palace housing the museum is open.

The Major attraction of Patan Darbar Square are:

This museum inside the durbar square specializes in bronze statues and religious objects. It is considered as one of the best museums in Asia.

Located inside kwabahal, this three- story golden pagoda of Lokeshwar (lord Buddha) was built in the twelfth century by king Bhaskar Verma. It is famous as the golden temple. Inside the upper story of the pagoda, are the golden images of lord Buddha and a large prayer wheel.

This was specially built for King Siddhi Narasingha malla. His devotion to Lord Krishna as well as the Buddhist God of compassion Karunamaya Lokeshwar is a famous episode in Nepalese history of religion.

This temple of Buddha built interestingly in the Hindu Shikara style- has five golden pinnacles. They are all in a stupa shape very symbolic of five basic elements.

This golden temple of Buddha in Patan is the oldest richest and most famous monument indeed. It was built 12th century is known for its beautiful gold works shining very graciously.

The Famous Temple Which was built in the 17th century, the temple of Lord Krishna holds a commanding position in the palace complex of Patan. It is the only temple in Nepal to have 21 shrines and is completely made of stone. Most of the important scenes from the ancient Hindu epics the Ramayana and the Mahabharata, have been engraved on its friezes. 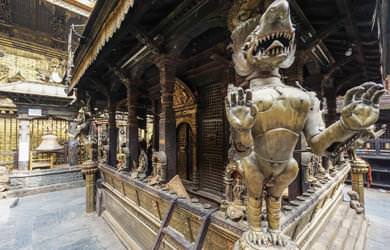 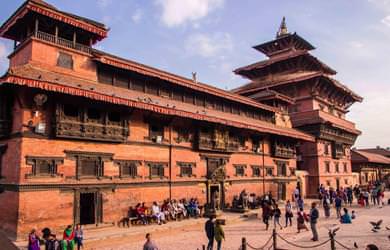 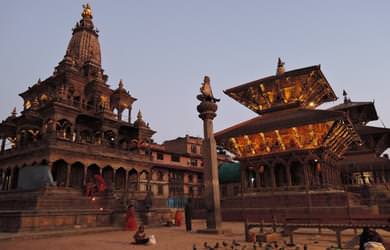